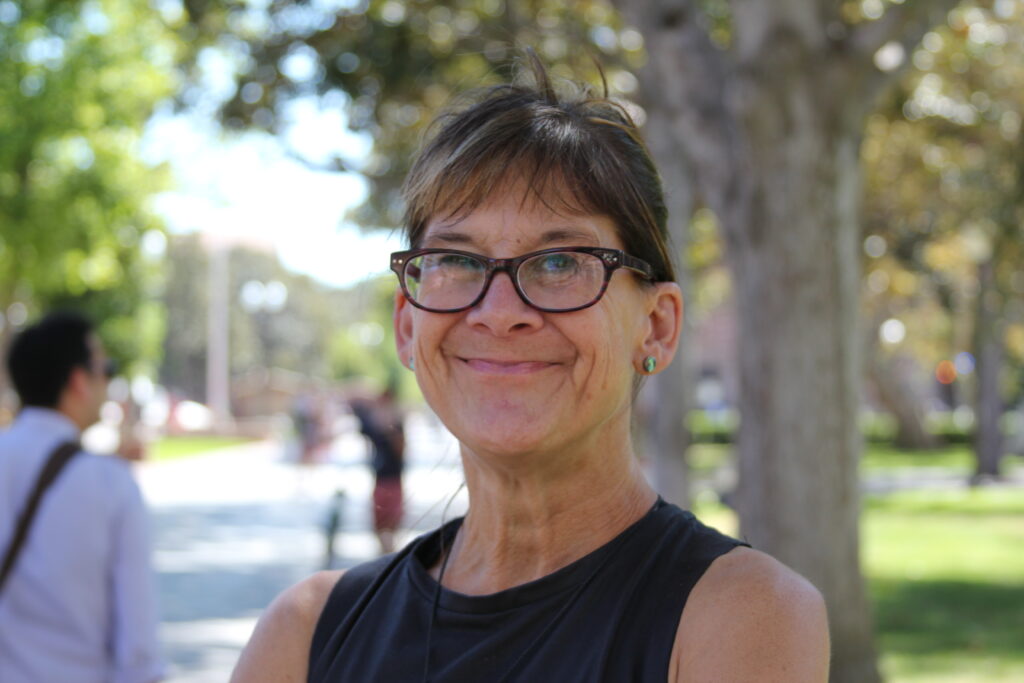 The history of Valentine’s Day might not match up with our current incarnation.

Lisa Bitel, professor of history and religion at the University of Southern California Dornsife, delves into the past to find St. Valentine’s origin story.

I am a first-generation college student. My parents came from a very small midwestern town and never considered university.

I attended Smith College, Harvard University, and University College, Dublin. I learned Latin and Old Irish, and conceived a perverse obsession with the pre-ancient history of northern Europe, particularly the so-called “Celts”.

On Valentine’s Day, sweethearts exchange cards, flowers, and candy. But the namesake of our modern holiday, St. Valentine, was no patron of love.

In fact, there are several St. Valentines, and at least two of them died on Feb. 14, executed by a third-century Roman emperor who persecuted Christians. Both were ascetic bishops known for philosophy, not love.

Yet legends grew about St. Valentine, claiming he passed love notes between jailed Christian lovers and healed a blind girl he was sweet on. Still, none of the tales are supported by 3rd-century historical accounts. Even in the Middle Ages, St. Valentine was more famous for curing epilepsy than for romance.

Some scholars think that Valentine’s Day was a replacement for the ancient Roman fertility festival called Lupercalia, which also took place in February. It was sort of an urban carnival, when half-naked young men ran through the streets of Rome striking women with whips cut from goatskin.

Again, despite speculation, no historical evidence directly connects the pagan ritual with the Christian feast day of Valentine.

So what is the origin of the love connection with St. Valentine? It was probably established by Geoffrey Chaucer, author of the Canterbury Tales.

Shakespeare’s lovestruck Ophelia even spoke of herself as “Hamlet’s Valentine”.

Today it may seem like Valentine’s Day is mostly about generating big dollars for retailers. But the origin of the holiday — despite St. Valentine’s earliest history – was all about love birds.