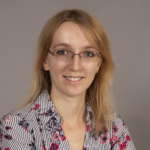 Is too much screen time bad for children?

Katie Paulich, PhD student at the University of Colorado Boulder, looks into the research.

I’m a third-year PhD student at the University of Colorado Boulder. I obtained my undergraduate degree at the University of Wisconsin-Eau Claire. Some of my research interests include mental health topics such as depression, anxiety, and self-esteem, risky sexual behavior, and personality. I typically work with genetically-informative twin samples in order to parse apart genetic and environmental factors contributing to a trait of interest.

The ABCs of Screen Time

We are using screens more than ever – whether laptops, phones, or TVs, screens surround us. That begs the question – do screens harm our youth? That’s what my colleagues and I wanted to find out. We used data from 12,000 participants in the Adolescent Brain Cognitive Development Study, or ABCD Study, to examine the impact of screens on 9-and-10 year-olds.

We found that more time on screens was weakly associated with worse attention problems, poorer sleep, and more conduct disorder and oppositional defiance disorder problems. On the positive side, we saw that more time on screens was also weakly linked to a greater number of friends for both boys and girls. We did not see any association between screen time and depression or anxiety.

It is important to note that screen time is only a very small piece of a bigger picture. Some kids scored higher on conduct disorder, some scored lower – screen time only accounts for 2% of the difference in scores between kids for all outcomes we looked at.

The bottom line is that screen time does not appear to have dire impact on children.

So, though parents and guardians should make sure kids are using screens in appropriate ways, they likely don’t need to worry about placing children ages 9 and 10 in front of digital babysitters.

The post Katie Paulich, University of Colorado Boulder – The ABCs of Screen Time appeared first on The Academic Minute.