John Logan, San Francisco State University – Why Are Unions Suddenly Such a Hot Topic and Does It Matter? 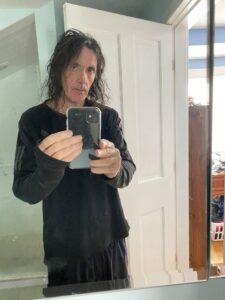 Union membership has dropped in the U.S., but the pandemic is giving unions new life.

John Logan, professor of labor and employment studies in the College of Business at San Francisco State University, examines why employees are suddenly coming together.

John Logan is Professor and Director of Labor and Employment Studies in the College of Business at San Francisco State University. Between 2000-2009, he was an assistant and associate professor of comparative employment studies in the School of Management at the London School of Economics and Political Science. He has also served as Research Director at the University of California-Berkeley Labor Center and as a postdoc at the Institute for Labor and Employment at UCLA.

He has published widely on labor-management relations, employer opposition to unionization and labor law in the United States and globally. His publications have appeared in the British Journal of Industrial Relations, Industrial Relations Journal, Journal of Labor Research, New Labor Forum & many others. He has also conducted union research projects in over thirty countries in five continents.

Why Are Unions Suddenly Such a Hot Topic and Does It Matter?

Last month the National Labor Relations Board ruled that Amazon cheated in a high-profile union election in Alabama in March & would be required to face a do-over election. However, the NLRB order was arguably less interesting–despite its potential significance at Amazon–than that it warranted lengthy articles in multiple major media outlets.

The following week a union victory at Starbucks in Buffalo, in Upstate New York, generated a comparable and impressive amount of media attention, thus confirming what the New York Times said last month, that organized labor is currently a hot news item. Never in the past 50 years have union organizing campaigns received the kind of public attention that would enable 100 baristas at three Buffalo coffee shops to elicit such widespread media attention, which might just stimulate a national debate over the need for stronger labor rights.

Somehow the union phenomenon has entered the media mainstream–despite its actual organizational weakness–and has become a matter of general interest. And then there’s the expanding variety of people who are talking union—tech workers, media workers, museum workers and many others.

It’s not entirely clear why all of this is happening – the pandemic, Amazon, social media, the never-ending expansion of contingent work –or what its legacy will be, but it appears that something is eroding the parochialism that has always, even in its heyday, defined organized labor. In the public imagination, the labor movement is no longer a “narrow, special interest.”

Maybe nothing will come of this, but we could be on the cusp of a new labor relations order and if unions can take advantage of it, Amazon’s depressing vision of a labor system based on algorithms and expendable workers with no independent voice may not be the wave of the future after all.

The post John Logan, San Francisco State University – Why Are Unions Suddenly Such a Hot Topic and Does It Matter? appeared first on The Academic Minute.