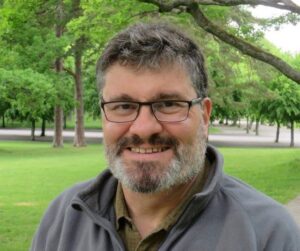 Many stand to lose their homes and towns in the face of impending climate change.

The U.S. is largely unprepared. There’s no coordinated government framework to manage migration. Government policy favors rebuilding in place after disasters, and buyouts focus on moving individuals rather moving whole communities and keeping them together. We see relocation as surrender or failure.

The new federal infrastructure package provides some resources for relocation, including funding to move highways and drinking water infrastructure threatened by climate change and to assist relocation of Indigenous communities. But this is just a start. The U.S. needs a massive, comprehensive climigration effort, structured along several key guidelines.

First, relocation should be planned ahead, over a number of years, rather than be an emergency reaction .

Second, the impacted community must take a lead role in collectively and democratically planning relocation and choosing a new home. A migrating community should try to stay intact.

Third, climate migrants must have safe, affordable relocation sites and not be crowded out by climate gentrification.

Once unthinkable, climigration is now unavoidable. We must ensure that it proceeds as effectively, equitably, democratically, and humanely as possible.