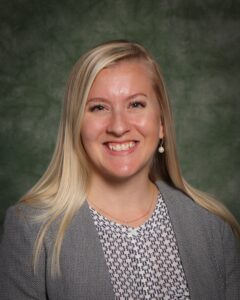 What gets you selected for a team project may be a surprise.

Cynthia Maupin, assistant professor of organizational behavior and leadership at Binghamton University, explains which traits are most sought after.

Dr. Maupin is currently an Assistant Professor of Organizational Behavior and Leadership for the Binghamton University School of Management, a Fellow of the Bernard M. & Ruth R. Bass Center for Leadership Studies, and a Fellow of the Center for Collective Dynamics of Complex Systems. Her research focuses on promoting effective leadership, leadership development, and teamwork processes for organizations.

Did you know that people who are friendly and trustworthy are more likely to be selected for teams than those who are known for just their quality work and personal reputation?

In a recent study, we found that people who signal that they are both trustworthy and competent are the most sought after when it comes to forming new teams. However, signals of friendliness and trustworthiness are often more important factors for choosing future teammates than signals that someone performs quality work.

We assume that people are selected for important tasks and teams because of the knowledge, skills, and abilities they bring to the table. However, this research suggests that people may often get picked because team members feel comfortable with them. When choosing future teammates, people may be willing to sacrifice a bit in terms of performance in order to have a really positive team experience.

As might be expected, anyone who was very strong in terms of signaling both their human and social capital were extremely sought after as teammates. Those individuals are doing all of the right things to establish that they’re both trustworthy and a good worker.

However, our findings suggest that when people feel like they can trust you, even if you’re not necessarily the best worker, they’re going to be more likely to want to work with you.

These findings have major implications for the workplace. Having a positive reputation for good work goes a long way, but so does just being a good person. People want to team up with people who make them feel comfortable.