Nolan Fahrenkopf, University at Albany – The Security of Arms Transfers During the War on Terror 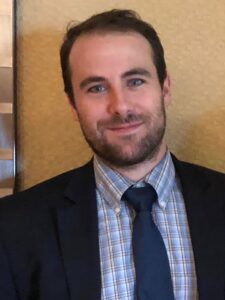 Transferring weapons can have deleterious effects.

Nolan Fahrenkopf, research fellow at the Center for Policy Research at the University at Albany, determines how some may get into the wrong hands.

Nolan Fahrenkopf is a research fellow at the Center for Policy Research (CPR), at the University at Albany. He has extensive policy and research experience with international security, weapons proliferation and military power, and strategic trade controls. Through his work, Dr Fahrenkopf has led seminars and conducted consultations with governments in Uzbekistan, Kazakhstan, Sri Lanka, Serbia, Georgia, Indonesia, and others on topics related to nonproliferation and international security. Dr. Fahrenkopf holds a Ph.D. in Political Science from the Rockefeller College of Public Affairs and Policy at the University at Albany.

The Security of Arms Transfers During the War on Terror

America was confronted with scenes of chaos across Afghanistan following the recent Taliban victory. A recurring theme of this chaos has been Taliban forces seizing U.S. supplied equipment from the collapsing Afghan government. A much more important take away has gone little noticed: that U.S. arms transfers to allied governments have been bleeding weapons and equipment to groups such as ISIS, the Taliban, and others throughout the two-decade long War on Terror.

Research by NGOs and academics on ISIS and Taliban arsenals during the height of each conflict found that they both enjoyed access to significant quantities of U.S. supplied weapons. Through corrupt allied officials, theft, or spoils of conquest, American adversaries were able to acquire large arsenals of U.S. weapons and equipment. Oftentimes these weapons were subsequently used against U.S. or allied forces.

U.S. government audits have also detailed massive amounts of weapons and equipment, often into the billions of dollars’ worth, that had gone missing due to lax implementation of safeguards. U.S. supplied small arms- such as personal rifles- and light weapons- such as machine guns and missile systems, as well as equipment like night-vision systems have been found in the arsenals of America’s adversaries across the Middle East and Central Asia.

One of the primary safeguards is end-use monitoring, which seeks to monitor the chain of custody of weapons before and after they are transferred. End-use monitoring ensures arms and equipment are distributed to authorized end-users and used and secured properly. These safeguards require time, money, and personnel to implement effectively, and often fall victim to political pressure for fast results or competing strategic priorities. If the proper procedures had been followed, they could have at least partially reduced the number of U.S.-supplied weapons in the hands of U.S. enemies.

The post Nolan Fahrenkopf, University at Albany – The Security of Arms Transfers During the War on Terror appeared first on The Academic Minute.