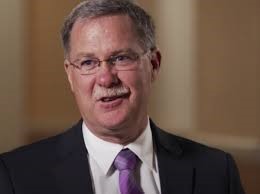 Can we become an equal opportunity society?

Donald Tomaskovic-Devey, professor of sociology at the University of Massachusetts, Amherst, has more.

Can We Become an Equal Opportunity Society?

Social scientists who study law in practice have long known that the simple passage of a law does not produce social change. In the case of the Civil Rights Act, there was massive resistance. Progress was far from assured.

So what happened? In the 60s and 70s, some African Americans got access to better jobs, although progress largely stalled in the 80s when Civil Rights movement pressure waned and political backlashes strengthened. The same was true for gender based progress in employment, although progress started later, and waned in the 90s and 2000s. This is not to say the Civil Rights Act failed, but that in practice change in law requires societal pressure and organizational change to be effective.

How do we achieve the goals of equal opportunity at the heart of the Civil Rights Act? Our research provides strong clues. What is required is political and social pressure that encourages employers to prioritize respectful workplaces and to treat discrimination complaints as opportunities to improve their managerial practices.

If firms embrace these opportunities to improve and respond to calls for greater dignity in employment and racial justice, perhaps we will once again see progress in workplace equity.

The post Donald Tomaskovic-Devey, UMass Amherst – Can We Become an Equal Opportunity Society? appeared first on The Academic Minute.