To mark the seventh annual National Day of Racial Healing (NDORH) on Tuesday, January 17, 2023, AAC&U calls on colleges and universities across the country to engage in activities, events, or strategies that promote healing and foster engagement around the issues of racism, bias, inequity, and injustice in our society. It is an opportunity for people and organizations to come together in their common humanity and take collective action to create a more just and equitable world. The W.K. Kellogg Foundation has also created a set of NDORH action kits that include resources and programming ideas that may be useful when planning campus and community events.

In partnership with the W.K. Kellogg Foundation’s Truth, Racial Healing & Transformation (TRHT) effort—a national and community-based process to plan for and bring about transformational and sustainable change, and to address the historical and contemporary effects of racism, AAC&U works with higher education institutions across the country to develop self-sustaining, community-integrated TRHT Campus Centers. Organized around the five pillars of the TRHT framework—narrative change, racial healing and relationship building, separation, law, and economy—the centers seek to prepare the next generation of leaders to confront racism and to dismantle the false belief in a hierarchy of human value.

The TRHT framework, while informed by the well-recognized Truth and Reconciliation Commission (TRH) model, is a unique process designed to reflect, embrace, and address the unprecedented diversity and unparalleled racialized history of the United States. Racial healing circles are a key strategy to connect people from a wide variety of backgrounds through story sharing and deep listening. In this video, learn more about the design and practice of racial healing circles from Dr. Gail Christopher, the visionary and architect of the TRHT Framework, as well as leaders and racial healing circle co-facilitators from current TRHT Campus Centers. 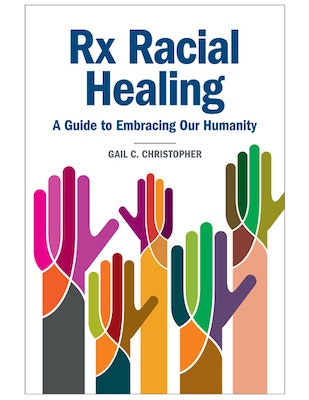 Rx Racial Healing: A Guide to Embracing Our Humanity

Published by AAC&U on the sixth annual National Day of Racial Healing in 2022, Rx Racial Healing: A Guide to Embracing Our Humanity by Dr. Gail C. Christopher is an excellent resource for institutions interested in exploring the Rx Racial Healing approach for transformational change in colleges, organizations, and communities as well as institutions seeking to deepen their racial healing circle practice.